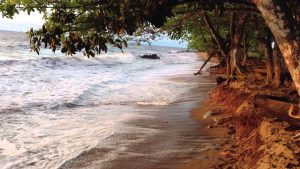 This belt regroups three administrative regions namely the Littoral (Douala), the South West (Buea), and part of the South (Ebolowa). Due to its location on the coast of the Atlantic Ocean, it is a favourite area for lovers of seaside tourism with picturesque bays and beautiful sandy beaches that stretch as far as the eyes can see. In addition, the residents being the “peoples of the water”, are distinguished by a very particular culture characterized by cultural events, the most important of which is the Ngondo yearly festival. Several other attractions can spice your stay in this tourist region. They include: