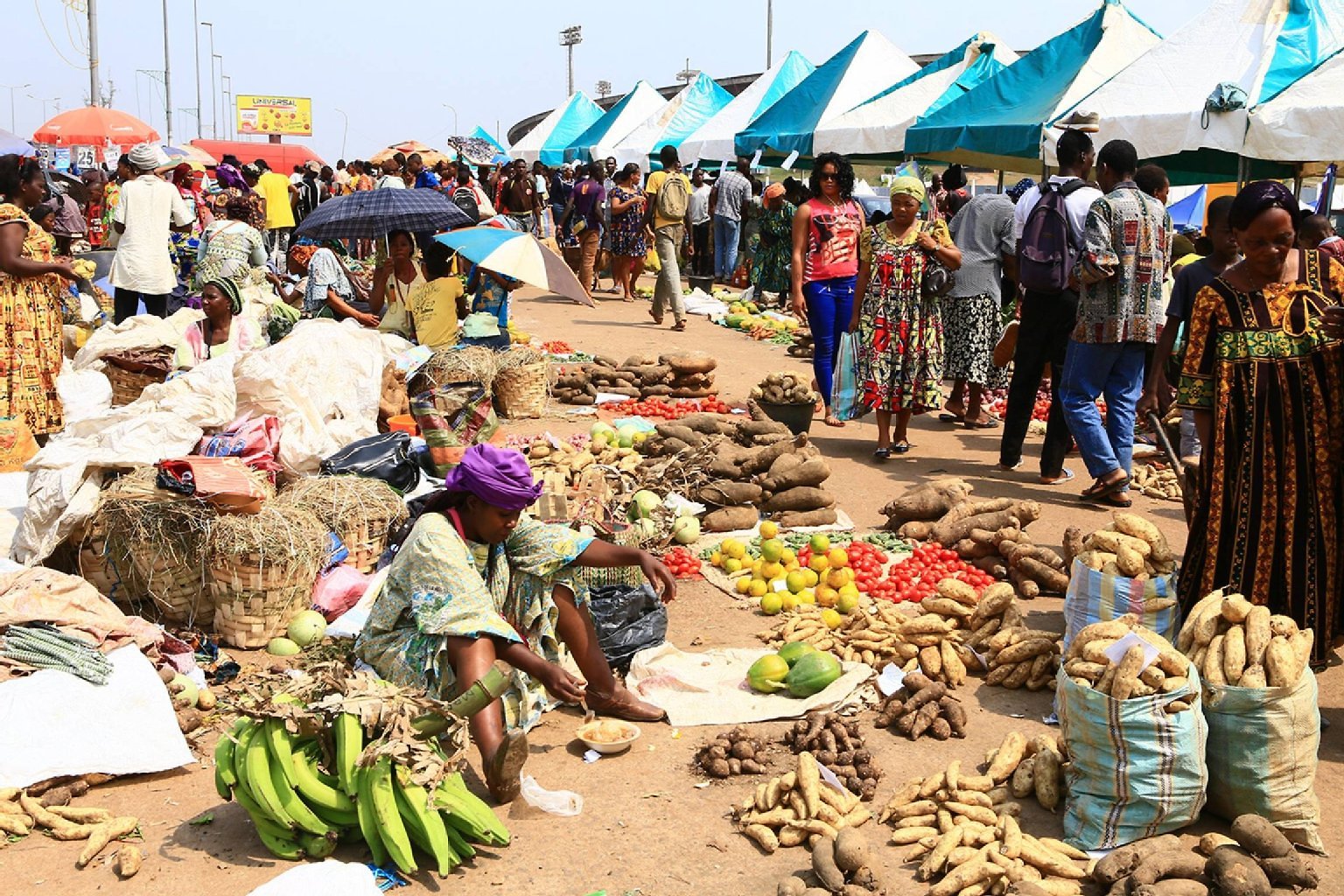 Food and Economy in Cameroon

In Cameroon, Food and Economy are as vast and beautiful as the country herself. The sharing of cooked food is one of the major ways to cement social relationships and express the high value placed on human companies. Sharing food and drink demonstrates hospitality and trust. Social support networks among kin and friends, particularly between country folk and their urban relatives, are held together symbolically with gifts of cooked and uncooked food.

Sacks of beans, maize, or peanuts “from home” can be seen on the roofs of bush taxis traveling between the countryside and urban centers.

Meals consist of a cooked cereal or root staple accompanied by a sauce or stew. In the southern areas, the major staples are root crops such as cassava, cocoyam, and plantains. In the moist savanna and Grassfields , maize and plantains, and in the arid north, sorghum, and millet. Rice and pasta have become popular. Staples may be boiled, pounded, or fried. Most commonly, they are made into a thick porridge shaped into oblong balls. Sauces usually have a base of palm oil and ground peanuts. Vegetables such as greens, okra, and squashes are common. Hot peppers, onions, ginger, and tomatoes are popular condiments. Dried or fresh fish or meat may be included in the sauce. Uncooked fruits such as bananas, mangoes, papayas, oranges, and avocados are popular snacks and desserts. They are not considered part of meals.

In many regions, men and guests eat before women and children. Hand washing is part of the etiquette of meals. Whether from a separate dish or a common pot, a small ball of porridge is formed by three fingers of the right hand and then dipped in sauce. Westernization has led families to eat together around a common table, using separate place settings and cutlery.

Food taboos vary by ethnic group. The Bassa of the Littoral Region serves a gourmet dish of viper steaks in black sauce, but only the oldest males among the Ewondo (Beti) of the Center Region may eat viper. Totems of specific clans, healers, or royal dynasties are taboo to certain members of some ethnic groups.

At the visit of an honored guest, a wedding, or a funeral, a chicken, goat, sheep, or steer is served to guests. Special drinks, such as palm wine and millet beer as well as bottled carbonated drinks, beer, and wine are served on these occasions. Among the Bamiléké, as part of coronation festivities, the newly installed paramount chief ceremoniously serves each subject a handful of beans mixed with palm oil to symbolize the chief’s ability to ensure food and fertility in his realm.

The country is basically self-sufficient in food, although the distribution of food is variable. Seasonal famines occur in the arid north. Per capita, gross national product (GNP) was $ 610 in 1996. From 1990 to 1996, the GNP declined and it has shown slight increases since that time. Cameroon has a trade surplus but is burdened by debt. Agriculture, including the production of food and cash crops such as coffee, cocoa, and cotton, employees almost two-thirds of the labor force. Many people produce mainly for themselves, selling the “surplus” at local markets.

Among the Fulani, the land is inherited patrilineally. In the Grassfields, land is held by the fons, with use rights devolving to specific patrilineages and matrilineages. Throughout the country, the privatization of land tenure is increasing. Access to private land titles depends on money, understanding of the bureaucracy, and connections. Women, the main producers of food crops, are often at a disadvantage when land is privatized. In the towns, there are grocery and dry goods stores. Restaurants and bars, taxis, motorcycle taxis, and domestic labor contain an increasing proportion of the labor force.

Major industries include agro-pastoral mining and aluminum processing, forestry, and the manufacture of beverages. Petroleum is a significant source of national income.

The division of labor is determined largely by formal education (for civil servants) and gender. There is some specialization by an ethnic group such as herding by Fulani, the butchering and meat trade by Hausa, transportation, and trading by Bamiléké.