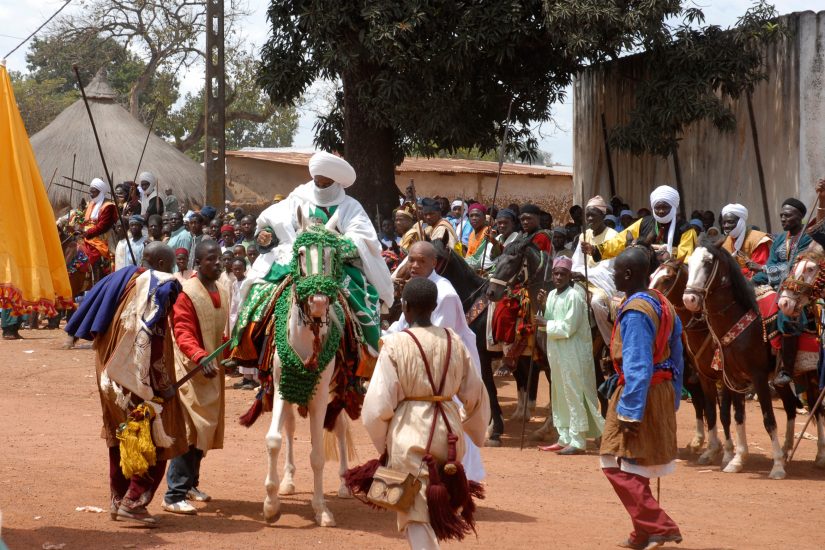 The Adamawa Region of Cameroon

It is a mountainous region which marks the border between the Forest zone of south Cameroon and the savannah zone of north Cameroon. It is bordered to the west by Nigeria, east by Central African Republic, south by the West, Centre and East regions.

The Adamawa Region is made up of five divisions:

The Adamawa Region is also considered as one of the main tourist destination in Cameroon. It is situated on a plateau with an average altitude of 1 000 meters. It numerous and marvellous lakes (such as the Mballang and Tison) and waterfalls (such as the Tello and Vina) makes the Adamawa Region to be highly appreciated by tourists.

It is fondly referred to as the water catchment of Cameroon, because all the main rivers of the country take their source from this region.

The Adamawa Region is also a hunting region that is highly appreciated by sport hunting lovers, who often find good conditions to be emerged in their favourite pass – time activities. It has abundance games and comfortable camping and ranches.

Ngaoundere is the head quarter of the Adamawa Region and is the train terminal linking the south of Cameroon to the north.

Ngaoundere is a picturesque city with its Baladji quarter market that is always animated, ancestral mosques, the palace of the Lamido with its majestic wall decorations, illustrating the characteristic traditional architectures of the region and its museum.

It is found at 25 km from Ngaoundere towards the Bélel road, at 2 km to the principal road, precisely at the Vela Ndiam Village. The Vina Waterfalls is very spectacular, and falls from an altitude of about 40 meters, forming a cave in the form of an arc with the rocks. This is where the TELLO River takes it rise, as from the Vina Waterfalls.

It is a very picturesque waterfall with altitudes of about 50 meters. It is found at the Djohong sub-division, around the border with the Central African Republic.

It waters of a fall height of about 40 meters falls on a rock basement of about 50 meter of diameters. One can also visit the MAMI – WATA falls in the Bélel Sub – division and the BEKA waterfalls found some 65 km away from Ngaoundal.

It is situated at 28 km from Ngaoundere on the road to Bélel. The Mballang Lake is a beautiful crater lake in the middle of which is found a small forested island.

It is found at 8 km from the city of Ngaoundere, on the road to Meiganga. It is a small crater lake that is bordered by trees and is a favourable place for relaxation. The legend says the waters of the lake change colour in the course of the day.

Access to the lake is easy and it is an appropriate attraction for walking and strolling.

It is found in the city of Ngaoundere. The name Ngaoundere is of the Mboum origin which signifies an obelic mountain, and it city got its name from this centre mountain.

Here, there exist several caves where arts objects can be found. The Ngan – Ha Mount is a veritable sanctuary of the Mboum population of Ngan – Ha. It serves as a refuge for the Mboum people during the colonial period.

It offers a panoramic view to the town of Banyo and served as refuge to the local populations during the German colonial wars.

This is a relaxation site that is situated on an attitude that permit one to have a panoramic view of the Mbé plain. Several monkeys are found in this escapement.

It is found in the Vina division, some 55 km from Ngaoundere. It is a combination of a cave and a waterfall of about 30 meters of attitude.

This cave is surrounded by trees and giving it the shape of a Boukarou. It is found in the Ngan – Ha Sub – division.

It is situated 20 km away from Tignére, on the main road to Ngaoundere. This cave has an intricate history that is linked to the culture and traditions of the Koutine people.

This is a touristico-cultural manifestation which seeks to commemorate the victory of the Nyem-Nyem people over the German colonisers through the ascension to the Djim Mountain and cultural exhibitions (traditional danses, sketches, fantasia, and exposition of arts objects).

This is a touristico-cultural manifestation of Ngan – Ha during which the Bélaka or the High chief of the Mboum enter into communion with his people and remember their glorious past while celebrating ancestral worship through activities such as the display of royal objects, the solemn outing of the Bélaka, and diverse activities.